Anyone whose known me for quite some time undeniably knows how much of a Toronto Raptors fan I’ve been since 1995. I went through a serious heart break when Mighty Mouse left, indescribable upset when Vince got traded and it’s been one heck of a roller coaster ride of emotions since then. But after I got married to Raptorfan.com in 2009, my interest plummeted after games were so accessible and I was literally attending several on a monthly basis. With that said – my foundational love and admiration in Toronto’s home team never diminished and I am so proud to say that they finished first in the Atlantic division and third in the East. Today is game one vs. Brooklyn and its only right I pay homage to one of the biggest aspects of my life – MY TORONTO RAPTORS. What a feat to have finished the season the way that they have when initially starting it thinking that they’re tanking. 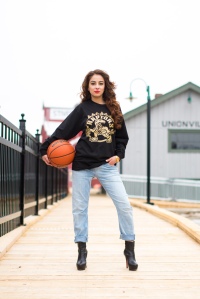 My look is very casual – obviously. Perfect for a sporting event. Clearly I’m finding it tough to let go of my boyfriend jeans but they’re just so comfortable! I added a touch of femininity to the get up by wearing some heels but again – I would’ve totally preferred flats. I’m wearing my Bvlgari ring and Chanel earrings to remind the world that hey – I’m still pretty girly! 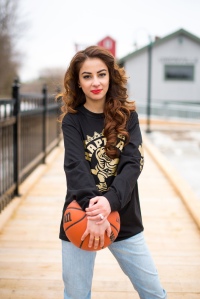 Either way – this is going to be one heck of a series so lets pray that the Raptors make it into round two (mainly for the sake of my husband’s stress level) but lets get real – making it to the playoffs and capping the season with a franchise record of wins is accomplishment enough for me! Game one today – here we go – Let’s Go Raptors! 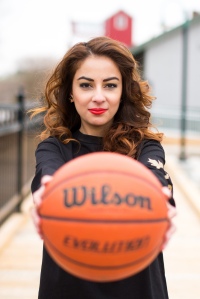 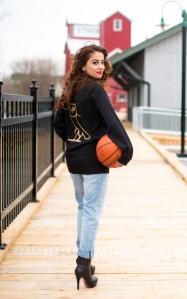 View all posts by sairahayatkhan →